President
Angela Holland, CAE
In 2007, Angela joined GACS as Vice President of Association Services and relocated the office to her hometown of Dallas, Georgia.  Her term as GACS President began January 1, 2016 when the former President, Jim Tudor, retired.

A member of the Georgia Society of Association Executives (GSAE), American Society of Association Executives (ASAE), Georgia Professional Lobbyist Association (GPLA), Angela earned her Certified Association Executive (CAE) title and was honored in 2013 with GSAE’s Stephen Styron Award.  Mrs. Holland has held multiple chairmanships within GSAE serving as a GSAE Board Member in 2018-2019 and as a Leadership Academy Facilitator in 2016.  She also served as a legislative committee member of the National Association of Convenience Stores 2017-2020.  Currently, she participates on the Paulding County Chamber of Commerce Legislative Committee, Georgia Lottery Corporation's Coin Operated Amusement Machine Advisory Committee.  In March 2020, she was appointed by Governor Brian Kemp to serve on the State's COVID-19 Emergency Preparedness Task Force.

Since 2016, she has executed multiple new programs, actively lobbied for the industry by providing testimony in legislative committee hearings, and fostering strong relationships with legislative leaders and industry regulators. Mrs. Holland has been featured in various newspaper articles, NPR radio, WSB, WXIA and others.  She has been a feature speaker for Georgia Tank & Equipment Contractors of Georgia and various industry events. She was named as a Woman of Influence in the food industry by the Shelby Report in 2016.  James Magazine recognized her as “Rising Star” lobbyist in 2017.  Under her leadership, GACS was listed at one of the top 20 lobbyist organizations in James Magazine in 2019 and 2020.

On behalf of GACS, Mrs. Holland received the 2019 Power of A Summit Award from the American Society of Association Executives for GACS philanthropic work to stop human trafficking.  (To date, only 3 state associations have received this prestigious award of more than 60 recipients)

She’s the step-mom to a wonderfully loving daughter (real estate agent) and son-in-law (HVAC sales professional), the mother of two beautiful daughters (the oldest earning her Doctorate of Pharmacy Degree and the youngest dually enrolled at in High School & College) and wife to the same man for 28 exciting years. Her family recently welcomed Walker, a very well-mannered Aussie Doodle and two of the cutest mice killing kittens, Jackie & Donna.  Angela & her husband, Mark, both lifelong residents of Dallas, Georgia are members of Zion Baptist Church.

Why does Angela love serving as the GACS President? "Georgia's convenience store industry serves half of Georgia's population everyday.  As such, I feel as though everything I do for the industry touches every Georgian.  I can go to bed at night knowing I made a difference in Georgians lives everyday."

Angela was interviewed by NACS for the November 2018 NACS Magazine: Read More 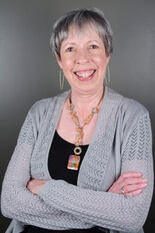 Manager, Membership Strategy and Services
Sharon Shuford, CAE, LEED GA
GACS announced the appointment of Sharon Shuford, CAE, LEED GA, to the position of Manager, Membership Strategy and Services, in July 2017.   In this position, she leads the organization’s initiatives to increase awareness of GACS and  its legislative activities, and grow member participation and engagement.  She is responsible for implementing membership recruitment and renewal objectives, as well as managing the expansion of products, services and education opportunities that meet industry needs.

Prior to joining GACS, Shuford was Senior Director of Events and Professional Development at Building Owners and Managers Association of Georgia.  During that time she earned her LEED GA (Leadership in Energy and Environmental Design, Green Associate) designation.  She has nearly 40 years of professional experience in the association and corporate sectors, primarily planning and managing events and professional development programs.

She has been an Atlanta area resident since 1976;  in 1991, she and her husband moved to the horse farm near Cartersville where they still reside; there, they currently care for two rescue horses, two lost-and-found dogs, and two cats, after having trained and showed dressage horses.  In her spare time, Shuford paints; her favorite subjects are landscapes and farm animals.  An active member of the Southeast Pastel Society, her work has appeared in shows at the Booth Museum and Downtown Gallery in Cartersville.